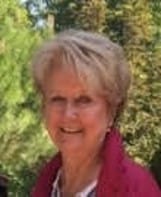 Tania Melnyk is a retired senior public servant with more than 25 years experience at both federal and provincial levels of government, primarily in the areas of economic development and financial administration.  She has represented Canada at international negotiations regarding Canada’s participation in the World Bank and Regional Development Banks and has played a major role in developing regional and local economic development strategies for the Province of Ontario.  Her early career was spent in financial control and results-based management.  After retiring from the public service, Ms. Melnyk was appointed to two terms as a member of the Committee of Adjustment in Toronto.

A large part of Ms. Melnyk’s volunteer activity has focused on Ukraine. She has been a lifelong member of PLAST Ukrainian Youth Association, as a leader and community organizer. She served on the Board of Directors of the Children of Chornobyl Canadian Fund and was active in all aspects of the Help us Help the Children Project.  More recently Ms. Melnyk has devoted most of her efforts to fundraising for the Ukrainian Catholic University in Lviv. Ms. Melnyk graduated from the University of Toronto in Honours Political Science and Economics. She completed course work toward an MBA at York University and holds an Ontario Securities Course Certificate.