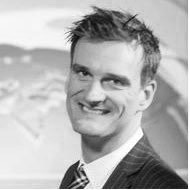 Yaroslav Baran is a partner with the Earnscliffe Strategy Group, Ottawa’s oldest public affairs consultancy.  He joined Earnscliffe following a long and accomplished career in the federal political arena.  He co-manages Earnscliffe’s communications practice, and is also heavily involved in public policy development projects for a broad range of clients and sectors.

The Hamilton, Ontario, native has lived in Ottawa since 1997.  He worked for several years as a House of Commons proceduralist in the Office of the Chief Opposition Whip before embarking on a career in political communications.  He managed the press office of the Office of the Leader of the Opposition for numerous years, served as Director of Communications in former prime minister Stephen Harper’s leadership campaign, and ran “war room” communications for the conservative Party through three successive election campaigns – in 2004, 2006 and 2008.

He is also on the board of directors of the Parliamentary Centre, an Ottawa-based NGO focused on capacity-building and democratic development internationally.  Mr. Baran has organized, managed and run democracy promotion projects on four continents, including a leadership role in four Canadian election observation missions to Ukraine.