CUF leadership has recognized that we have individuals in Canada, Ukraine and other parts of the world who can be resources to CUF without formally joining its board. We have had guest members on some of our committees and this continues to this day. To build on our depth of understanding in the various areas of our program and project work, the CUF board recently approved the creation of an advisory council, to “provide strategic and other sector specific advice to the President, the Board, the Executive and other Board Committees of CUF on matters and areas of activity undertaken by CUF.” From time to time, we will announce new advisory council members to support CUF priorities.
Today, I am delighted to announce the inaugural members of the Canada-Ukraine Foundation Advisory Council. They are subject matter experts, leaders and influencers in their respective fields, and our board and committees look forward to acquiring guidance and inspiration in their areas of expertise, as well as augmenting our youth engagement and succession planning capabilities. 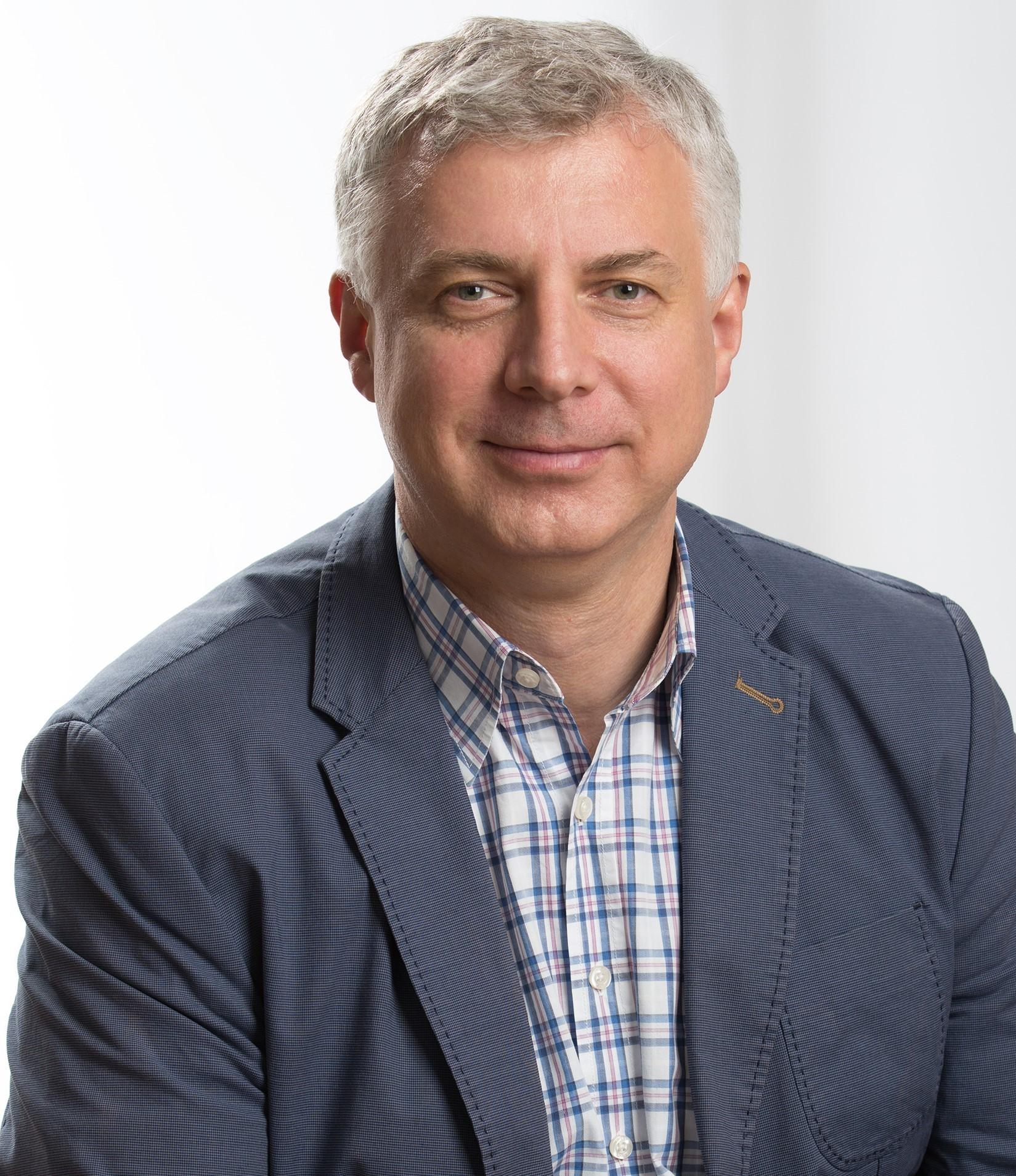 Sergiy Kvit, an expert and a commentator on educational issues, currently is the Head of the National Agency for Higher Education Quality Assurance and a professor of Kyiv-Mohyla School of Journalism. In 2002-07, he was a Dean of the Faculty of Social Studies Faculty at the National University of Kyiv-Mohyla Academy. He founded the Kyiv-Mohyla School of Journalism in 2001 and became a President of the Media Reform Centre, set up to initiate open debate and promote more transparent media and government. In 2005-2011, he was a Chairman of the Consortium of University Autonomy. He has been rector (president) of the National University of Kyiv-Mohyla Academy from 2007 until 2014. Serhiy Kvit occupied the position of the Minister of Education and Science of Ukraine in 2014-2016 when progressive Laws “On Higher Education” (2014) and “On Scientific and Scientific-Technical Activity” (On Science and Research, 2015) were adopted. In 2015, Sergiy Kvit signed an agreement that allowed Ukrainian scientists and businesses to fully participate in Horizon 2020 (H2020), the European Union’s flagship research program. Dr. Kvit’s research focuses on educational and media reforms, mass communications, and philosophical hermeneutics; he has published several books and numerous articles. He has a Ph.D. from the Ukrainian Free University (Germany) and a doctorate in philology. He held Fulbright scholarship at Ohio University and Stanford University, Kennan Institute scholarship at the Woodrow Wilson International Centre in Washington, DC and a DAAD (German Academic Exchange Service) scholarship at the University of Cologne. 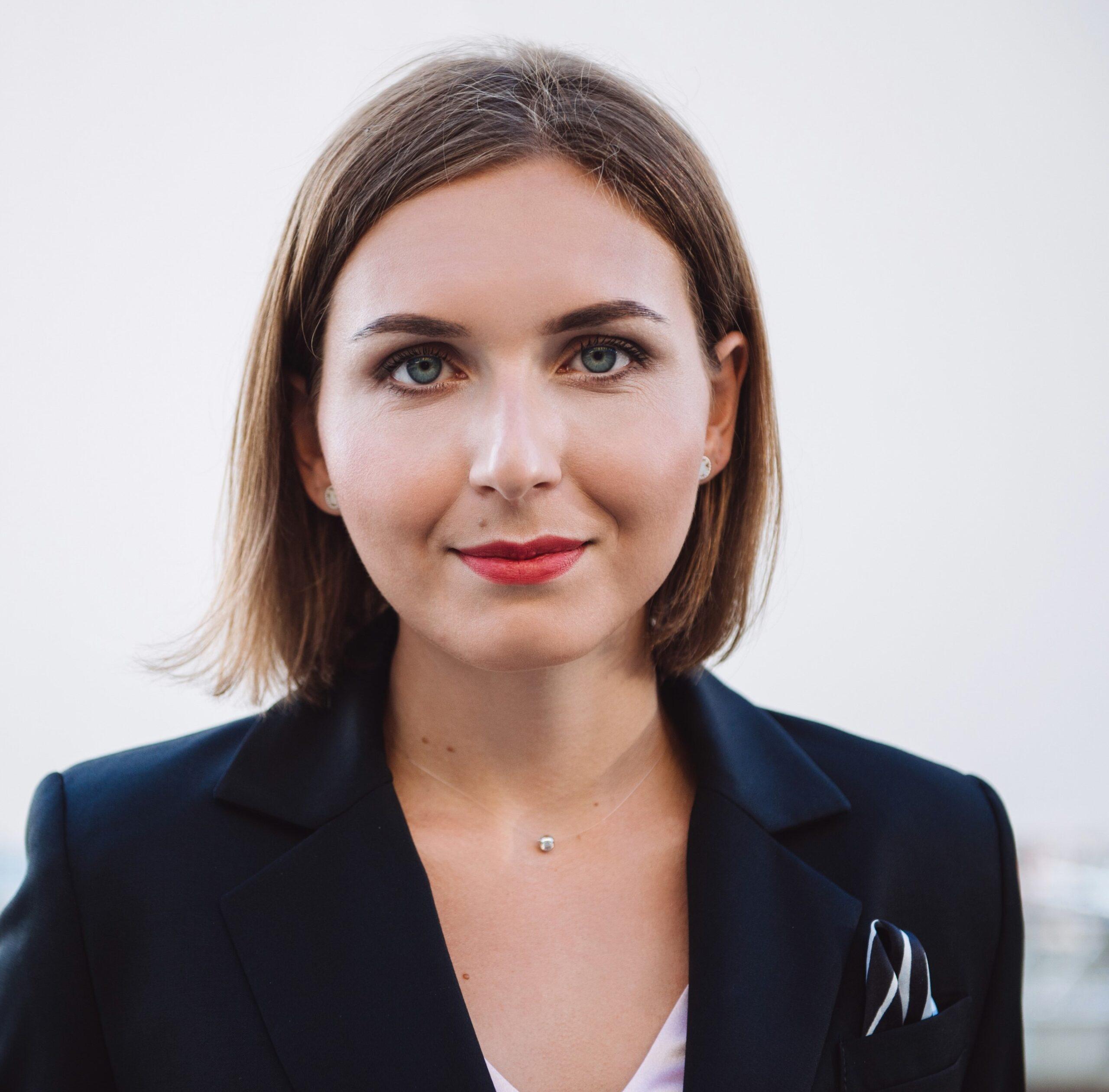 Anna Novosad, served as Minister of Education and Science of Ukraine from August 2019 till March 2020. On her position managed to roll out systemic reform of higher education funding and governance, and successfully lobbied for endorsement of the new Law on general secondary education, which allowed to continue the general school reform. Prior to the Ministerial post Anna held different positions at the Ministry of Education and Science of Ukraine. At various times she served as a counsellor to the Minister, head of international relations and head of strategic planning and European integration, where she expanded the EU-Ukraine cooperation in science and education and accomplished the Ukraine’s association to the Horizon 2020 program. Anna joined the public service in 2014, after the Ukrainian Revolution of Dignity. In 2019 was elected as a member of Ukrainian Parliament. Currently remains in education sector in expert role. Canada-Ukraine Parliamentary Program 2013 alumni. US State Department Hubert Humphrey Fellowship Program fellow 2021-2022. Holds MA degree in Analyzing Europe from the Maastricht University, the Netherlands, and BA degree in Political Science from the Kyiv-Mohyla Academy in Ukraine. 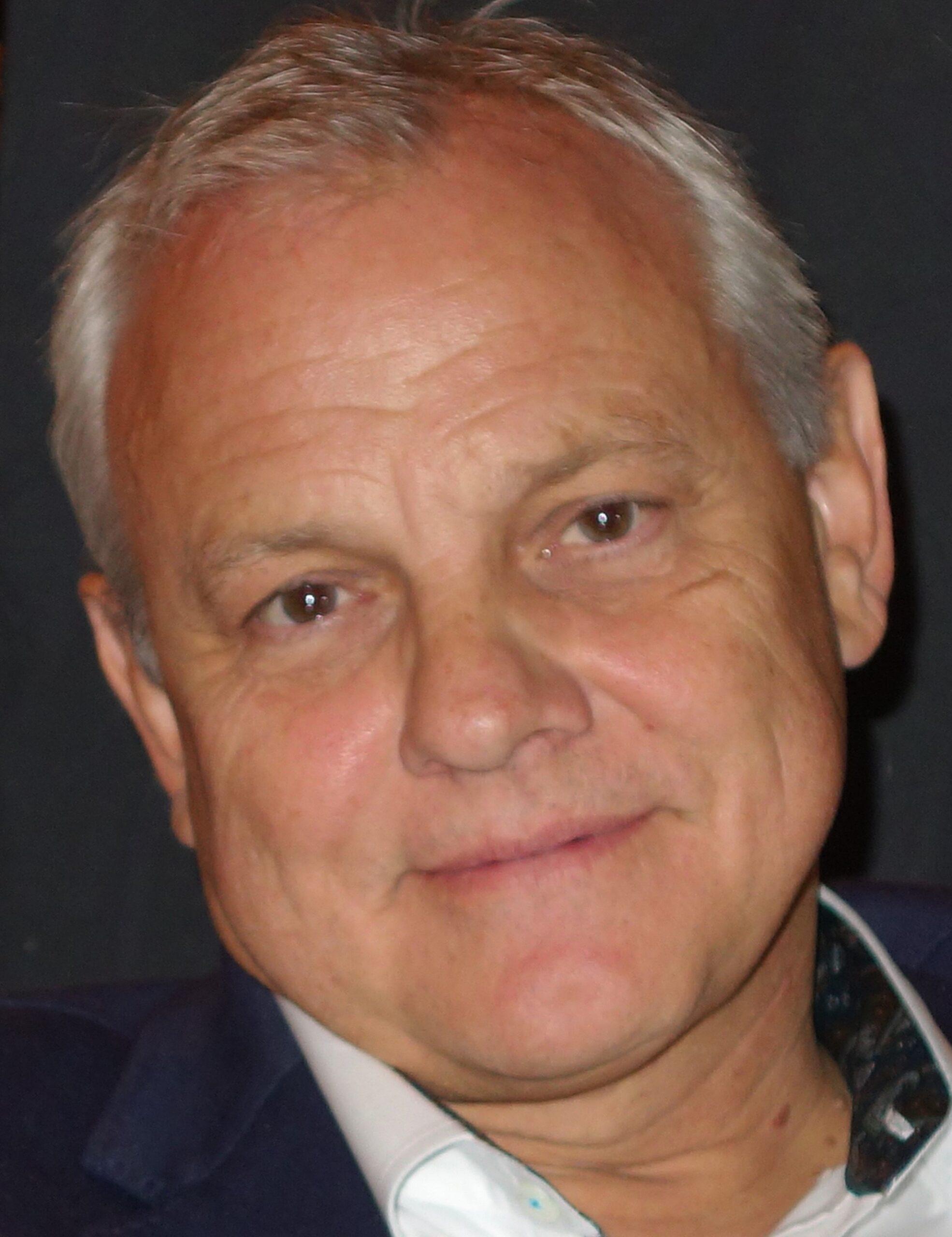 Dr. Oleh Antonyshyn is a Professor in the Division of Plastic Surgery at the University of Toronto, with a subspecialty practice in craniomaxillofacial surgery. He earned his medical degree from the University of Toronto in 1980, and completed his surgical residency at the University of Western Ontario in 1985. Following his certification in Plastic Surgery, he pursued an additional 4 years of subspecialty fellowship training in craniofacial surgery including a traveling fellowship in Europe and Mexico City. Dr Antonyshyn began his clinical practice in The Division of Plastic Surgery at Dalhousie University in Halifax, Nova Scotia in 1989, where he established a pediatric and adult craniofacial program. In 1992, he assumed the position of Head, Division of Plastic Surgery, Sunnybrook Health Sciences Centre, and in 1996, established the Adult Craniofacial Program to address the specific needs of adult patients with post-traumatic and post-ablative craniofacial deformities. Dr. Antonyshyn is an Associate Scientist, Imaging and Trauma Research at Sunnybrook Research Institute. His research focus is in 3D craniofacial computer assisted modeling and design. He is a cofounder and partner in a surgical device startup company called Calavera Surgical Design. Dr Antonyshyn is actively engaged in humanitarian surgery initiatives and global surgery education. April 2014, he travelled to Ukraine as part of a Medical Needs Assessment team to assess the capacity to manage trauma following Maidan. Since then, he has led 6 Canadian surgical missions to Ukraine, to teach and perform reconstructive procedures in both civilian and military war casualties. Feb 2016, he received the Order of Merit from the president of Ukraine, and Nov 2018, he was awarded the Meritorious Service Medal by the Governor General of Canada for his efforts. January 2019 Dr Antonyshyn launched the Sunnybrook Ukraine Surgery Education Partnership. 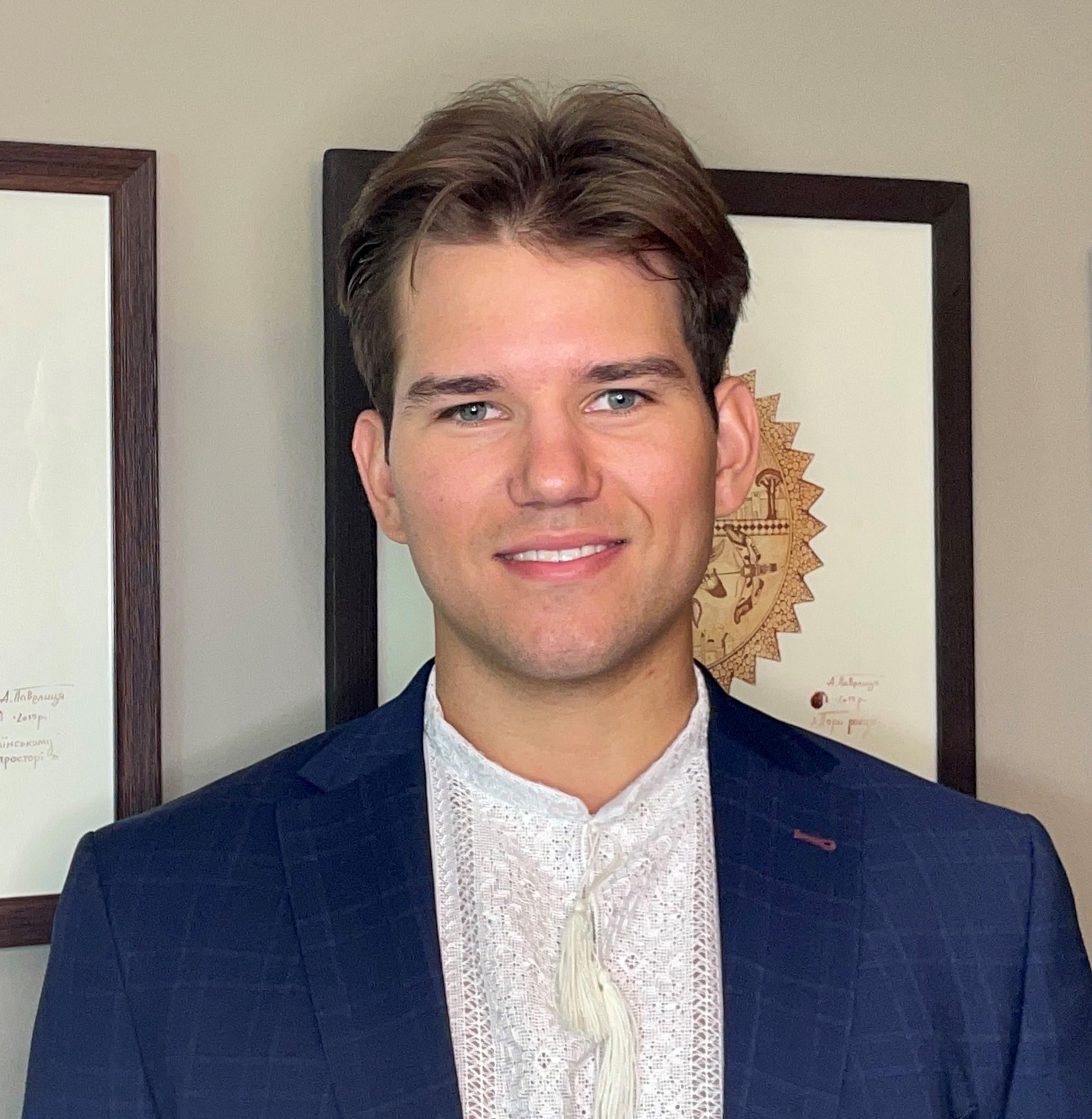 Roman Grod is the Past President of SUSK and the Vice President of the World Congress of Ukrainian Youth Organizations. Roman holds a degree in Economics from Wilfred Laurier University and is currently employed as the Lead Analyst, Canadian Markets at Rodan Energy Solutions a leading North American energy management company. Prior to his current role Roman served on the SUSK board of directors for 4 years, as Alumni Director, Treasurer, and for his last two years as President. Roman’s key highlights as president were the launch of SUSK Connect, global education on the current situation in Ukraine, continuing to grow the SUSK endowment, national Holodomor advocacy, creating a space for Ukrainian Students across the country to get involved and much more. In 2021 Roman was nominated as one of the top 30under30, which recognized emerging Ukrainian diaspora youth leaders under 30.